Anoyed that people open your WhatsApp without your permission? Not any more!

WhatsApp is the largest platform used by a variety of users on a daily basis. Nowadays, people usually forget local SMS and prefer talking via WhatsApp. This social messaging platform is now a part of almost everyone’s daily routine.

There are some annoyed people in our lives that always try to look into someone’s info just to have a sneak peek of their private life and sometimes it becomes unbearable that people can easily open your WhatsApp and ready private conversations without even feeling guilty at all. WhatsApp is always known for its services to ease its users.

Recently, Wabetainfo revealed that WhatsApp latest Android beta version contains a built-in fingerprint feature for its users. This feature was first available for only iOS users and now it’s officially released for Android users as well with the Android beta version 2.19.221.

This new feature is disabled by default and to enable it users need to approve its access in settings. With this new feature, users can have more protection over access to their personal data. There’s ‘show content in notifications’ feature for users as well. With this extra feature, users can decide whether to show or hide the message in notifications. 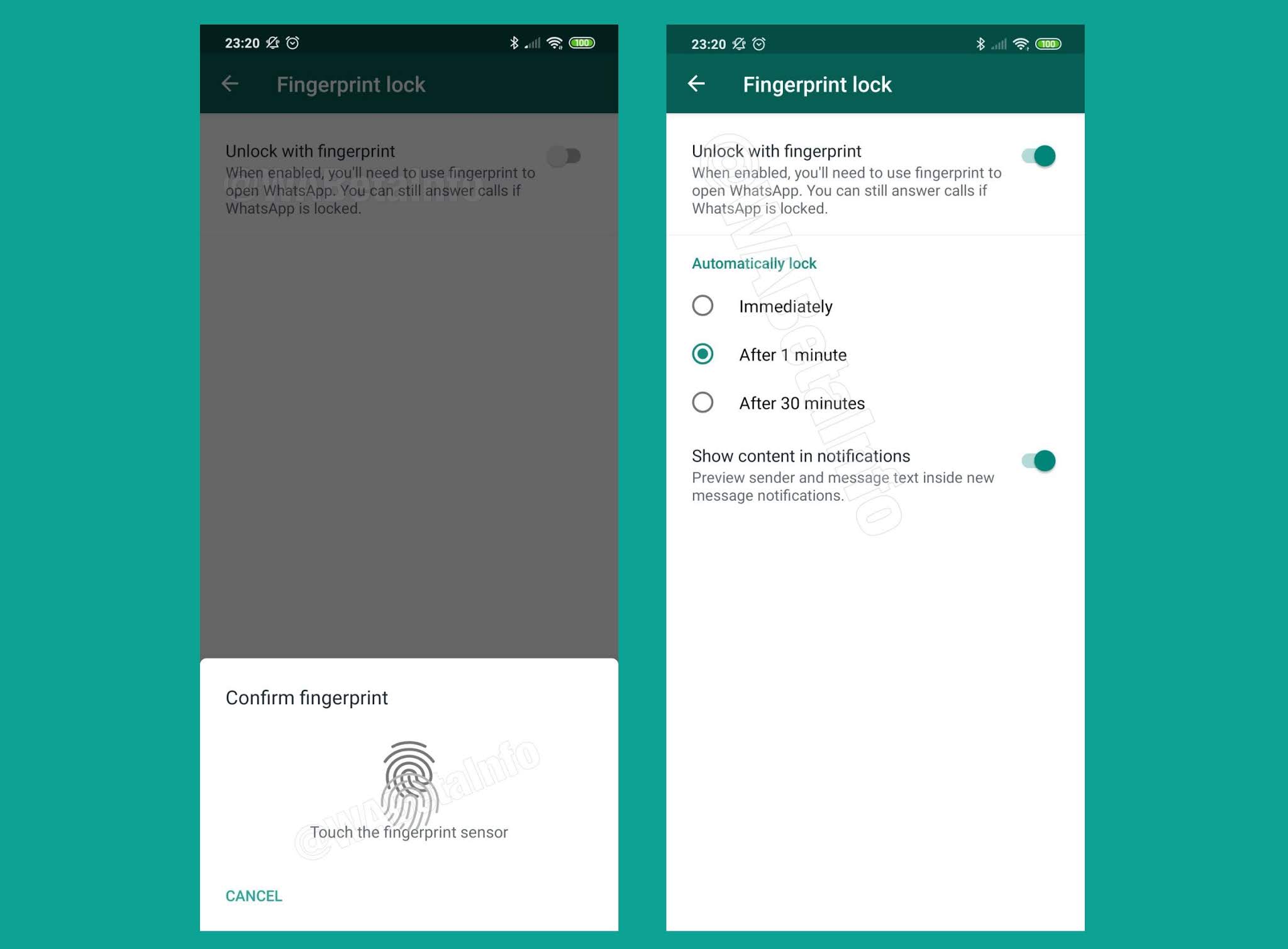 After enabling this feature in WhatsApp, users can only access WhatsApp via Fingerprint authentication. There are also three options to lock WhatsApp – immediately, after 1 minute and after 30 minutes. Users can easily choose the option according to their requirements. There is also a 15-minute option for iOS users as well, it’s not launched in Android version yet but maybe after a few updates, it will be launched in Android too.

With Fingerprint lock feature enabled, the content is hidden by default in notifications. This new feature is the best option to secure your private content from lurkers and snoopers and no one can gain access to any personal information with the authentication process of Fingerprint data. This feature of WhatsApp is currently released for only Android beta users but soon it will be launched for all Android users as well.